“Cocky Collared Lizard,” 2016, was my second collage quilt after taking Susan Carlson’s retreat in June 2016. Based on pictures of an Eastern collared lizard in the Missouri Conservationist magazine. 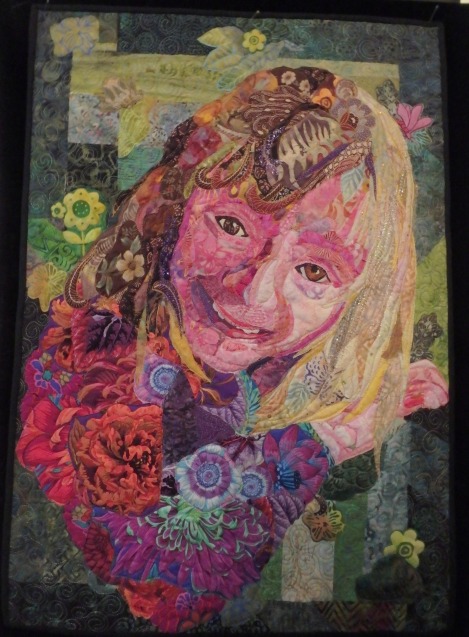 A portrait of my grandaughter, Emily, made using the collage method. Begun in a retreat with Susan Carlson in June 2016.

Cranes and Moon, one of three quilts made for my niece’s wedding in early 2016. This is a panel purchased online. The quilting design is my own.

Mt. Fuji and Waves, early 2016, made in early 2016 for my niece’s wedding. The center section is an original collage, based on pictures of Mt. Fuji and waves inspired by Hokusai Japanese prints.

Adam’s Dragon, 2016, made for my niece as part of a triptypch, uses an Alexander Henry print as the center panel. 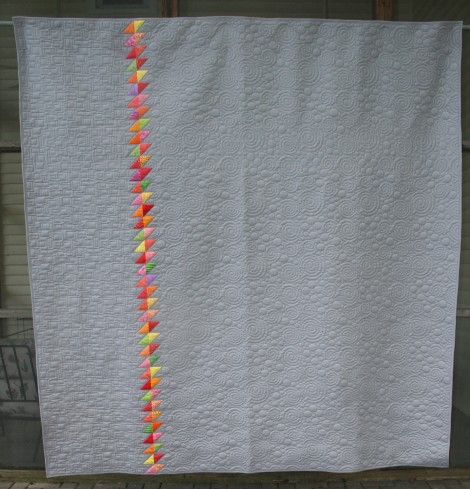 Gray quilt with colorful triangles, made for a niece’s wedding in 2015. Quilted by Sandi Wagner.

The finished “Transit of Venus” is 51.685 by 46.75 inches. Inspired by the transit of Venus across the sun. Original design, machine pieced and quilted by Jerri Stroud.

Dahlia my Dreams was part of a series of quilts based on fractal geomentry. Published in 500 Art Quilts. Made in 2004, 62.5 by 60 inches high. Hand-dyed cotton fabric quilting with variegated rayon thred, poly/cotton batting. 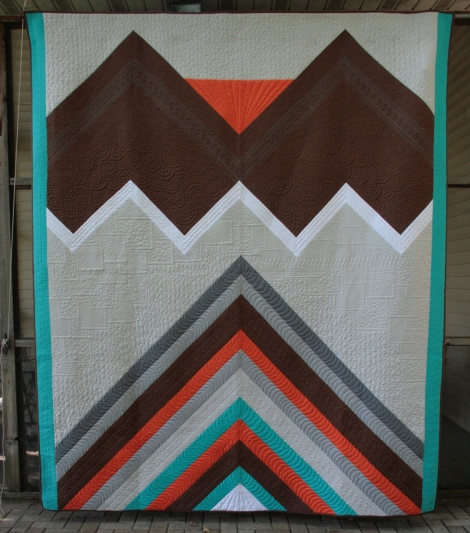 Northwest Peaks and Valleys, 2016. Made for a niece’s wedding using Kona cotton. Quilted by Terry Kanyuck.

Small collage quilt based on a photo taken at the Desert Botanical Garden. Completed in 2013. Seventeen by 17 1/4 inches. 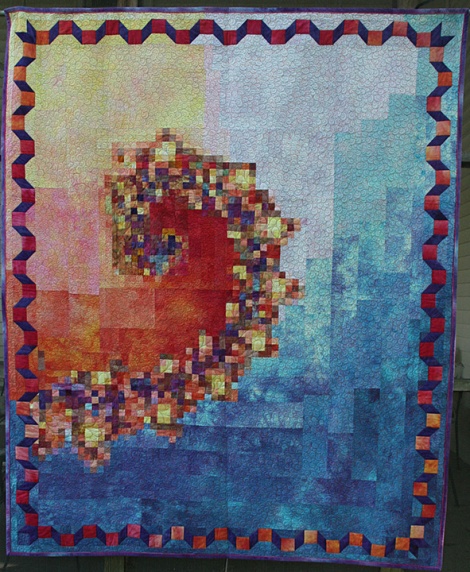 Fractured Fractal, my first fractal quilt, was made as a graduation gift for my son, who helped me with the design. Made in 2001. Hand-dyed fabrics with dye-painted backing. Designed, pieced and quilted by the artist. 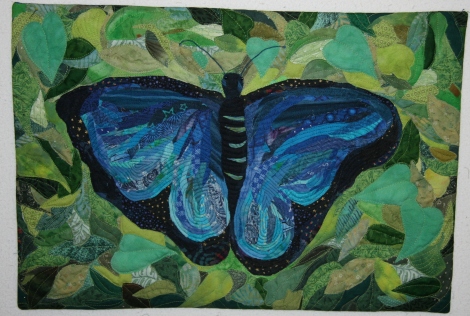 Morpho Blues was my first collage quilt, using Susan Carlson’s Serendipity Quilts as my guide. Loosely based on a photo of a Blue Morpho butterfly at the Butterfly House in St. Louis, Mo. 2013, made of commercial and hand-dyed fabrics. Approximately 18 inches high by around 24 inches wide. Need to measure! 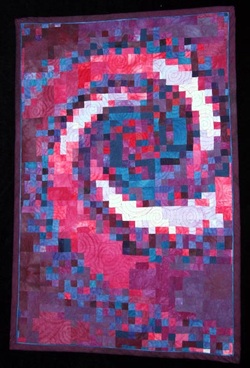 Turbulent Times, a small fractal quilt made with half-inch squares of hand-dyed fabric.